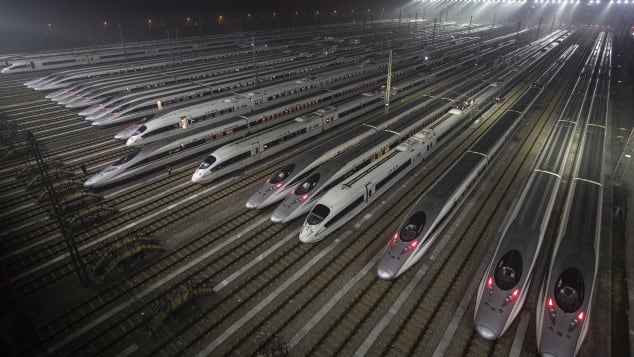 The huge capacity of high-speed rail industry has attracted more enterprises to participate in it. They expand their business scope through capital operations such as listing, venture capital financing, mergers and acquisitions.

On December 22, 2006, GuangShen Railway Co. Ltd. was listed on the A-share market, becoming the only railway company in China listed in Shanghai, Hong Kong and New York.

On January 26, 2007, Gem -Year Industrial Co., Ltd., a leading enterprise in the field of key component of shigh-speed railway , was listed on the Shanghai Stock Exchange.

In December 2007, China Railway Group Limited, a leading high-speed railway enterprise, was listed in Shanghai and Hong Kong. It was listed on the Shanghai Stock Exchange and the Hong Kong Stock Exchange on December 3 and December 7, respectively, becoming the first A+H-share listed company in China.

On December 30, Beijing-Shanghai High-speed Railway received an angel round of investment of RMB 10 billion from the Social Security Foundation, which was the first PE financing for China's high-speed railway industry.